In August and September 2018, the construction of 4 production wells was successfully completed in the Yuzhno-Kirinskoye field in the Sea of Okhotsk. The production string consisted of 273 mm and 245 mm L80 13Cr type casing pipes with TMK UP PF premium threaded connection.

The run of the pipe string was carried out in the presence of TMK-Neftegazservis supervisors. The control of the assembly of the connections was carried out according to the make-up diagrams, which allowed ensuring gas tightness of the assembled connection. At the end of the run, cementing and pressure testing were carried out – the string was recognized as gas tight. The pipes were specially manufactured under the “future thing” agreement with PJSC Gazprom, which provides for the development, mastering and production of new types of pipe products to replace imported analogues. This product is unique and has not previously been produced in the Russian Federation. 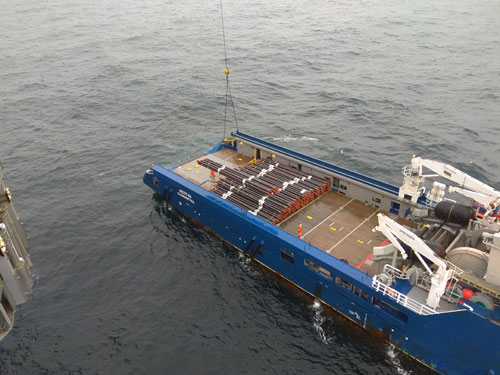 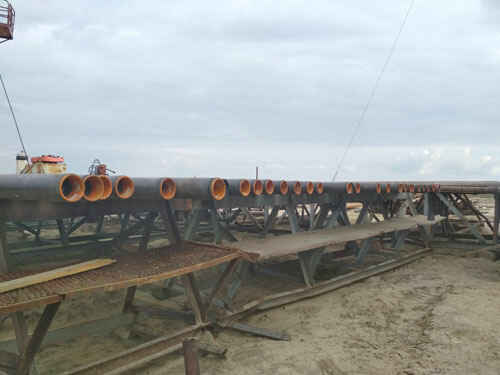 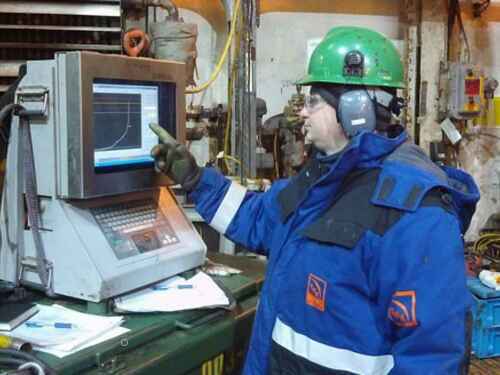